The mission of MDRD is to generate scientific evidences in both TB and leprosy contributing towards diagnosis, prevention and control of the diseases.

Understanding and characterizing the Host-pathogen interactions

1. An integrated approach to unraveling susceptibility to tuberculosis in Africa

The project proposed that the long history of co-evolution of host and pathogen genomes contributes to the diverse outcome following MTB infection, as reflected in the variable percentage of individuals progressing to active TB and varying efficiencies of ongoing transmission.

To test this hypothesis:

Ethiopia, Eritrea, Sudan and Cameroon are members of the consortium and AHRI leads the project.

Funding:  Wellcome Trust through African Academy of Sciences (AAS) as part of the H3Africa Consortium.

The Tuberculosis Research Units Network (TBRU-N) is a consortium project involving partners from USA and other parts of the world to study the role of antigen specific T cell responses in the control of tuberculosis (TB). AHRI is involved in this consortium to study the spectrum of

Mycobacterium tuberculosis (Mtb)-antigen specific immune responses in contacts of pulmonary TB patients, which ultimately contribute to the development of tools that help identifying  people who are at higher risk of progression to active TB and make priorities for preventive interventions. The study is an observational study, involving contacts of pulmonary TB patients and conducted at selected health facilities in Addis Ababa, Ethiopia. This collaborative project is funded by NIH.

This project, being conducted under a partnership agreement between AHRI and APOPO (a non-profit organization that trains and deploys detection rats for humanitarian purposes; www.apopo.org) has two wings:

(A) enhanced TB case finding in Addis Ababa and

(B) improved TB/HIV screening in Ethiopian prisons. Special features of the project are the research into the use of TB detection rats (African giant pouched rats, bred and trained in Tanzania) as a TB diagnostic tool, and the improvement of services along the TB care cascade in line with the global efforts to “Find. Treat All” and ending TB.

Objective: to qualify the performance of SeroSelectTB and determine the extent to which the test reduces diagnostic delay and expedites treatment.

"Chemoprophylaxis  for leprosy: comparing the effectiveness and feasibility of a skin camp intervention to a health centre based intervention; An implementation trial in Mozambique, Ethiopia and Tanzania" (PEP4LEP)

The general objective of the project is to contribute towards interrupting the transmission of M. leprae by identifying the most effective and feasible method for screening of people at risk of developing leprosy and administering chemoprophylaxis (a single dose rifampicin; SDR) in Ethiopia, Mozambique, and Tanzania.

6. Microbiological and epidemiological aspects of tuberculosis during pregnancy

The project aims to investigate the impact of pregnancy on the immune control of latent TB infection.

7. C-type lectin receptor expression by helminth or HIV infection: setting the threshold for sensing of mycobacteria

The project aims at understanding the underlying mechanisms of immunity to M.tb by worm infections in the human system at the level of CLR expression. Specifically, the effect of maternal helminth infection on CLR expression in mothers and newborns will be investgated, which will address how intrauterine exposure of the infant to type 2 immune environment affects their response to BCG vaccination.CLR expression and functional analyses will be complemented with a broader analysis of immunological gene expression and epigenetic histone modifications.

Objectives: to evaluate TB antigen specific immune responses in house hold contacts of TB patients, and correlations with the ability to inhibit mycobacterial growth and with epigenetic modifications in innate immune cells.

One of the priority areas in leprosy research is early detection of leprosy. The delay in leprosy case diagnosis and the presence of asymptomatic individuals at high risk of developing leprosy are the causes for increased disability among newly diagnosed patients and for ongoing transmission of leprosy in the population.

The recent strategy of WHO and national control program is to conduct active case detection and contact tracing activities in hot-spot sites. We have conducted ACF and contact tracing in West Arsi zone (Kokosa wereda) and in East Hararghe zone (Fedis wereda). The activity includes KAP assessment, training of HEW and TBL focal persons in leprosy management, house to house survey and close follow up of contacts and laboratory based assessments.

Ephrem Mamo
PhD student in PEP4LEP project
Chemoprophylaxis  for leprosy: comparing the effectiveness and feasibility of a skin camp intervention to a health centre based intervention; An implementation trial in Mozambique, Ethiopia and Tanzania.
Email: ephremmamo2015@gmail.com 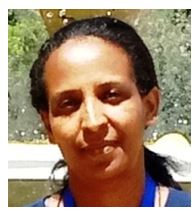