Jointly organized by the International Vaccine Institute (IVI) and the Armauer Hansen Research Institute (AHRI), the Ethiopia Cholera Control and Prevention (ECCP) project was launched through a two-day virtual series of meetings between May 25th and 26th 2021.

The ECCP project is aiming at providing free vaccination to 100,000 residents in areas at risk of cholera which will be followed by an enhanced disease monitoring system to strengthen local public health capabilities in Ethiopia between 2021 and 2023. To this end, AHRI as Ethiopia’s Ministry of Health agency, in conjunction with pertinent stakeholders such as EPHI will aid in establishing a disease surveillance system in order to understand the disease incidence and vaccine effectiveness in the control and prevention of this neglected disease post-vaccination.  Moreover, ECCP project’s overall assessment will contribute to the government in setting policies to combat Cholera and other diarrheal diseases as Ethiopia targets to reduce mortality by 90% from cholera by 2028. 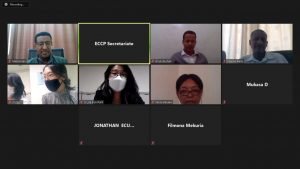 The ECCP study sites, project timeline and deliverables were discussed in the subsequent sessions. The ECCP project is led by AHRI and IVI and was launched with the support obtained from KSC and LG Electronics in Seoul, Republic of Korea. The project will use the oral cholera vaccine, developed by IVI and produced by the Korean vaccine manufacturer EuBiologics through IVI’s technology transfer.