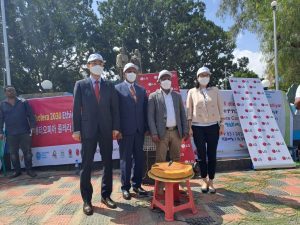 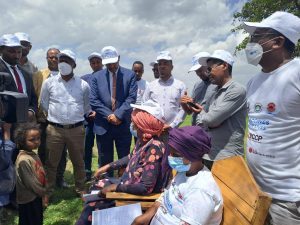 The pre-emptive cholera vaccine will be administered to a hundred thousand residents of the area, of which 40,000 people will be from the Shashemene town, whilst 60,000 people will be from Shashemene woreda. For the OCV to be fully protective, two doses are recommended to be given 14 days apart to which the first round of this vaccination is set to run from May 11-15, with the complimentary second dose taking place from May 24-29. 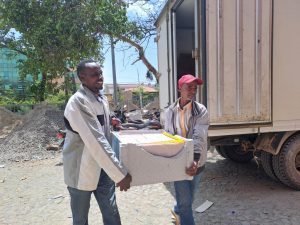 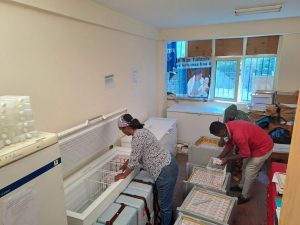 Shashemene town and woreda, which has a total projected population of 543,592 as of 2021, were selected as the project site taking into consideration the previous repeated cholera epidemic, previous exposure to OCV, local government commitment and support for the project, and feasibility of the sites for the successful implementation of project activities.

For the upcoming and ongoing days of the first and second dose, mixed vaccination strategies will be implemented which includes; for the Town, door to door vaccination activities by the vaccination teams, whereas for the Woreda, in consideration to the wide distribution of population/households multiple fixed vaccination posts will be put in place to serve as vaccination and campaign centers.

The project’s local Principal Investigator from AHRI, Dr. Mekonnen Teferi, while giving his address at the launching ceremony said, “By covering around 30% of the population in this vaccination campaign, we are aiming at preventing cholera by at least 70% in the community. As the ECCP project is the first of its type in generating evidence for the effectiveness and impact of OCV in real-life settings while directly benefiting more than 100K people from vaccination; the health systems strengthening and lessons learnt from this project will definitely have a positive effect to the cholera control and prevention strategies in the country.”

“While the OCV vaccination campaign will provide the local population at immediate risk of cholera with much-needed protection from the disease, our longer-term efforts with health system strengthening such as disease surveillance will contribute to the government’s efforts to combat cholera and other diarrheal diseases,” IVI’s project lead and principal investigator Dr. Se Eun Park said, adding, “In collaboration with the Ethiopian government, we aim to strengthen evidence-based public health policies and work towards the ‘Ending Cholera—A Global Roadmap to 2030’ initiative in cholera-endemic countries.”

The Ethiopian Cholera Control and Prevention project (ECCP) including the outlined OCV vaccination campaign activities is funded by the LGE and Korea Support Committee (KSC) to IVI which pooled funding contributions from individuals and the private sector donors.

The ECCP project aims at generating evidence for the role of OCV in preventing cholera outbreaks through pre-emptive vaccination by enhancing cholera and diarrheal disease surveillance and laboratory diagnostic capacities, strengthening and supporting the Ethiopian government’s cholera control, and prevention efforts through evidence-based policy dialogues.