Organized by the Ministry of Health and AHRI in collaboration with USAID and JSI, the TB Commitment Grant project has officially been launched on January 10, 2022 in Adama with the presence of TB focal personnel, researchers across health bureaus from all regions and city administrations of Ethiopia, and senior mentors selected from various higher institutions.

The project which has four phases aims to strengthen TB Operations Research Capacity and the Tuberculosis Research Advisory Council’s (TRAC) Mechanism to Inform the National TB Elimination Response which aims to eliminate and eventually eradicate TB from Ethiopia by 2030.

Similarly, following the project launch, as part of the phase one roll out, a capacity building training session was kicked off which will stretch from January 10 to 13. 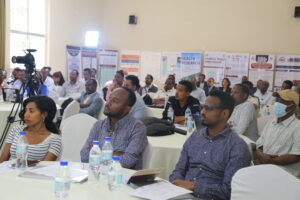 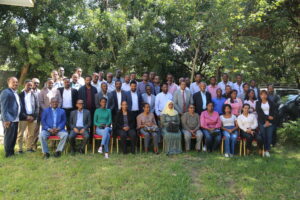 The training will primarily focus on ‘Research Proposal Development’ with an in-depth look on key components of research proposal (From Title to Work Plan & Budget) to Research Ethics.

The expected out comes from the training and overall project are;

The TRAC secretariat hosted by AHRI is in debt to USAID/JSI and TIFA (USAID’s Global Accelerator to End TB) for the indelible support.